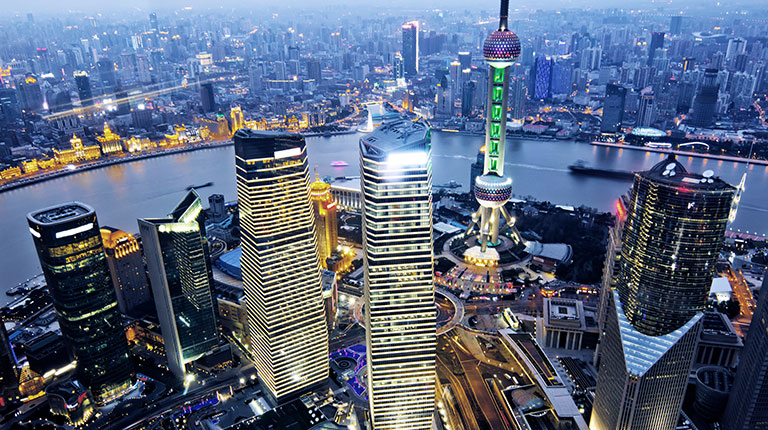 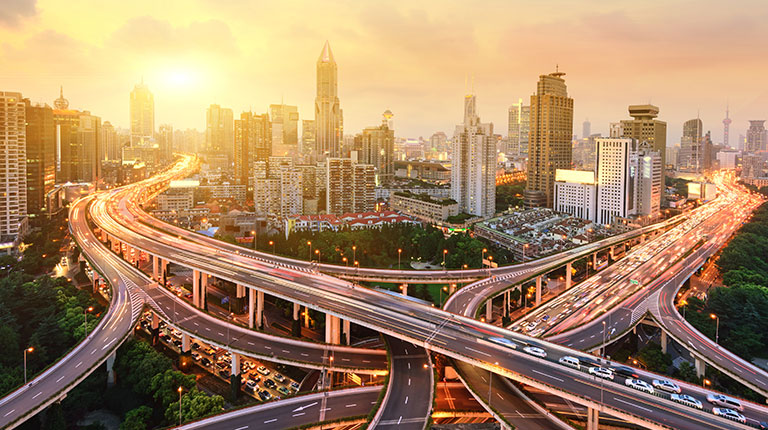 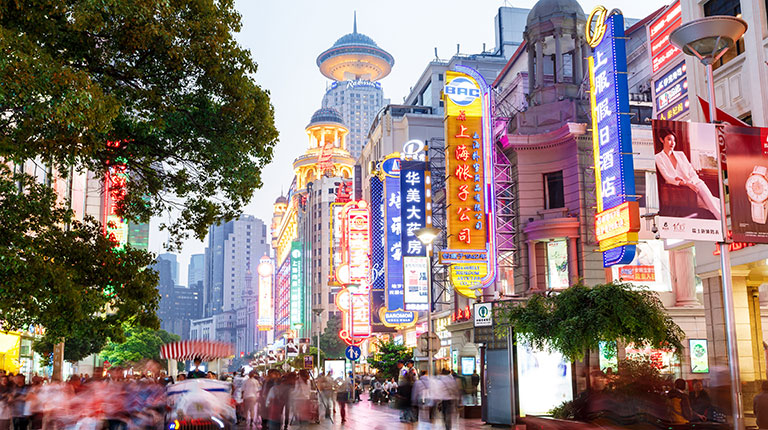 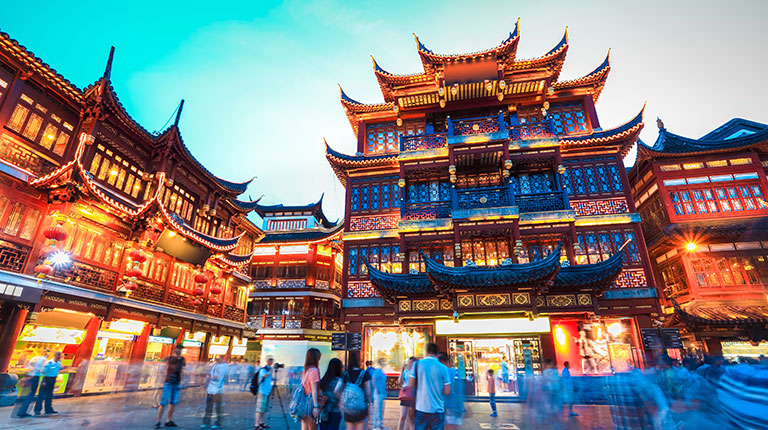 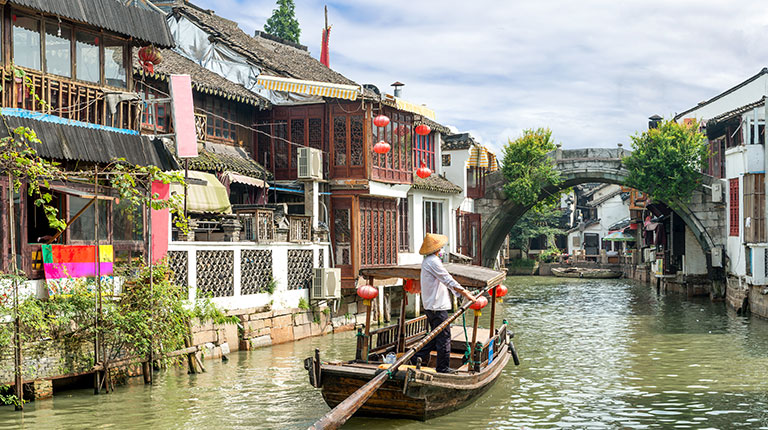 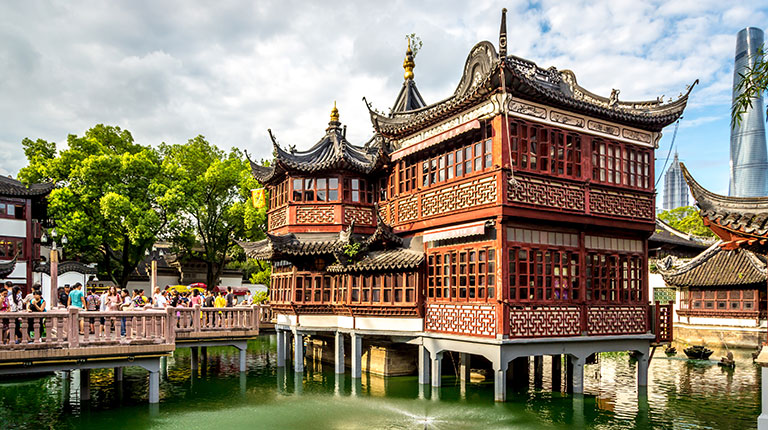 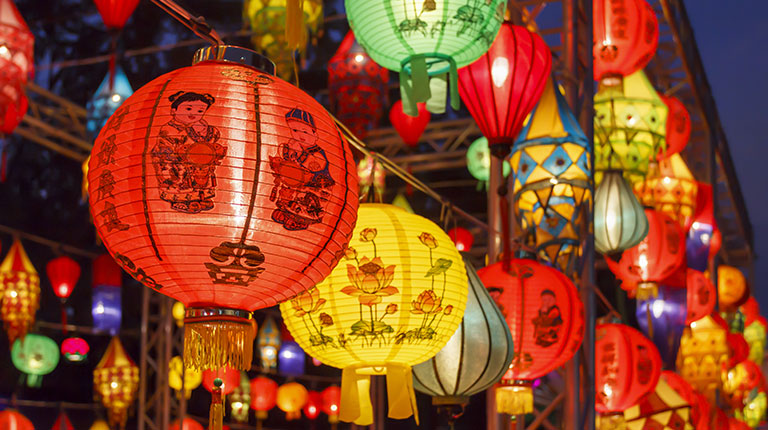 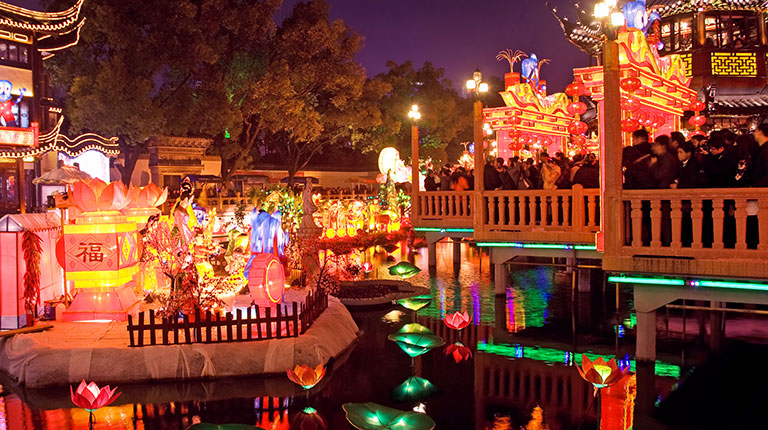 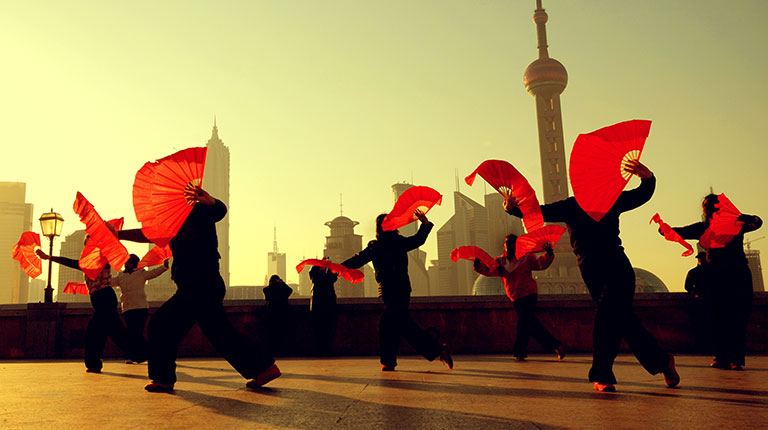 Shanghai, Hu for short, also known as Shen, is a multi-cultural metropolis with both modern and traditional chinese features. The city has a status equivalent to a province, and reports directly to the central government. Serving as the largest base of Chinese industrial technology, one of the most important seaports and China's largest commercial and financial center, Shanghai draws the attention of the whole world.

The city, whose name literally means "on the sea", is located on the east China coast just to the south of the mouth of the Yangtze river. Bordering on Jiangsu and Zhejiang provinces on the west, Shanghai is washed by the east China sea on the east and Hangzhou Bay on the south. It also occupies a central location along China's coastline. Thanks to its advantageous geographic location, Shanghai is an excellent sea and river port, boasting easy access to the vast hinterland.

Except for a few hills lying in the southwest corner, most parts of the Shanghai area are flat and belong to the alluvial plain of the Yangtze River delta. The average sea level elevation is about 4 meters.

Shanghai is an international city that melts with different cultures from all over the world; we call it Shanghai Regional Culture. Shanghai Culture is original from Traditional Chinese Culture and melted with the Wu and Yue Dynasty Culture, and with a deep affected by Western Culture. Shanghai created a new regional culture, with its unique characteristic, it feather in absorb culture from all over the world, good at abandon and pursuit excellent and innovation. The basic characteristic of this culture are more opening, creative and diversity.